The world needs software that is modern yet stable, balanced skillfully between innovation and standards. The applications built at this intersection are naturally useful, accessible and delightful.

As a seasoned software engineer, I have worked at all layers of the stack building things that are maintainable and long-lasting with a focus on performance and privacy - from serverless payments platforms to state-of-the-art React apps, blockchain networks to viral marketing websites, open source tools and a pineapple delivery system. I've worked for early-stage startups, international corporations, prominent charities and infamous advertising agencies.

With the rise of cloud computing and serverless, there are loads of tantalising opportunties to realise the amibitions we've had for a while, particularly around the delivery and resiliency of software. I'm keen to explore the concept of a more data-driven, "contract-first" approach to software development, as well as how we can bridge the gap between our local and remote environments..

One of the best things about our industry is the vibrant communities that spring up around different technologies and practices. The thrill of sharing knowledge and discussing ideas about shipping software will never grow old for me. Most recently I gave a talk at Serverless London about how we are using serverless at Cancer Research UK. It was also awesome to be able to talk at WEBdeLDN in London and the Ethereum Community Conference in Paris

👇 Below are some of the things I’ve proudly worked on over the years. My CV has a more structured timeline. 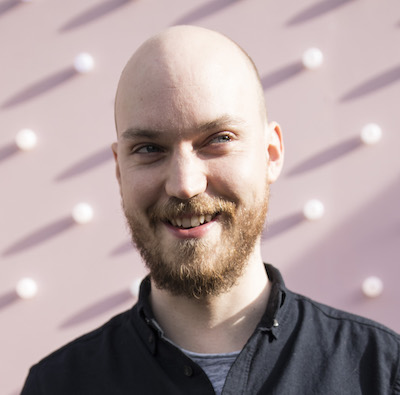 Currently working on the serverless payments platform that powers LEGO.com.

I lead delivery of a greenfield payments platform to process Cancer Research UK's online donations, including the Stand Up To Cancer TV campaigns on Channel 4. Provided technical leadership on architecture, implementation and operation in response to critical demand from the charity to migrate processing of 1000s of daily transactions from an unreliable and expensive legacy system to a resilient, scalable and cost-effective platform.

In the first few months, the plaform realised a 94% reduction in operational costs, scaling without incident to process over £1m of donations with a 30% increase in conversion.

I established a rapid yet sustainable agile workflow to continually deliver new features and optimisations, combining the modern practices of infrastructure-as-code, continuous delivery, GitOps and fully automated, self-mutating deployment pipelines with tools such as the AWS CDK, AWS CodePipeline and GitHub Actions. I also pioneered a focus on automated observability, based on Grafana, AWS CloudWatch, X-Ray, SNS and AWS Chatbot/Slack.

JAAK - Rebuilding copyright for the Internet

I headed up development of the JAAK platform, providing content infrastructure to innovative music platforms and independent artists, with features including user authentication, content delivery and payments.

Worked across the entire stack to build scalable APIs in Go and performant React applications that aggregated rights data and assets for millions of musical works and recordings.

Also lead research projects around programmatic licensing on the Ethereum blockchain, modelling decentralised identity and reputation in an open network and developing a rules engine for verifiable claims using JSON Schema and Lua.

I lead product development of Unlease's flagship web application for a UK-wide peer-to-peer rental community. Consistently shipped regular feature updates to 1000s of users, such as KYC, live text and video chat and the best date-picker ever seen.

I also built a bunch of internal tools, including an account management dashboard, automated sitemap generator and pineapple delivery logistics system for a promotional campaign where Londoners could send each other pineapples.

It seemed about time to bring analytics into the modern age of dev tools. So I started Tread: a software behaviour analytics platform with a focus on privacy and simplicity.

Eventually, Tread will make state-of-the-art BI tools accessible to every developer so they can use analytics data to power their design decisions.

Kit Pics - Swipe your way through every Premier League kit

I was listening to an episode of That Peter Crouch podcast when they came out with the phrase "kit pics". I had a thought: imagine a site where you could like or dislike all home and away football kits from every Premier League season, from 1992 to 2018.

I built an early version and showed a few people. They immediately became absorbed in swiping through the kits, going through feelings of nostalgia and horror.

With the prospect of app developer fame, I made a few optimisations and added a stats page, showing favourite teams, years and kits. Now waiting for it to go viral.

Collaborated with Compare the Market's animation studio to produce a web version of a TV ad celebrating the launch of Meerkat Movies.

Built a custom, timeline-based animation engine, based on PixiJS to support a seamless experience across desktop and mobile devices. Simples.

Worked closely with an in-house designer and the Converse team to build this on-going campaign site showcasing emerging London bands and their stories. Each band's story could be read by following their Street View-powered journey around London and listening to a selection of tracks.

An early (~2015) component-driven web application, built with Ractive.js, a pre-cursor to React.js.

The dashboard was powered by a Node.js server that collected and stored social data and streamed it to a server-rendered UI, complete with interactive charts and exportable reports.

Delivered the fully responsive rebuild for the men's health charity, including NHS API search and realtime GP chat. Worked closely with backend developer to integrate a Drupal-powered CMS with the UI to provide a completely custom content engine.